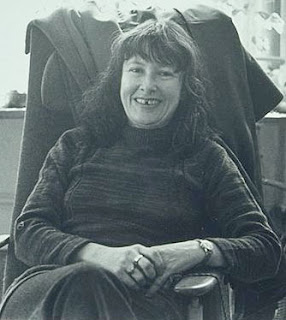 Denise Levertov, a British-born American poet was born in 1923. Much of her work was published in the '60s and '70s and, as a consequence, centralised on political themes. She herself, held leftist ideals and was able to support these through her role as the poetry editor for the magazine 'The Nation'. The Vietnam War influenced her significantly, and in 1971, she published 'To Stay Alive', a book filled with anti-war letters, newscasts, diaries and her own poetry. One of her more famous poems is 'What Were They Like', focusing on the destruction of culture which war brings. She died in 1997 at the age of 73.