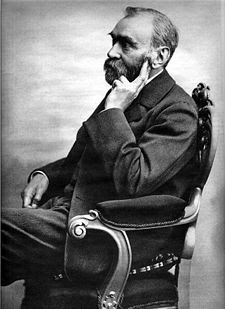 Alfred Nobel signed his last will and testament in Paris in 1895, leaving a large proportion of his estate for the establishment of a prize. Best known as the inventor of dynamite, the Swedish chemist had been prompted to do this, after a premature obituary 7 years previous, in which it said: 'Dr. Alfred Nobel, who became rich by finding ways to kill more people faster than ever before, died yesterday'. His subsequent wish to leave a greater legacy meant that 31,225,000 Swedish Kronor were given to fund 5 prizes; one in physical science, one in chemistry, another in medicine, the fourth for literary work 'in a ideal direction', and the final one for service to the international fraternity. After Nobel's death in 1896, his family refused to follow these instructions, and therefore it was not until 1901 that the first Nobel Prizes were awarded. The list of Literature Laureates is prestigious, and includes names such as William Butler Yeats, George Bernard Shaw, John Steinbeck, Seamus Heaney and even Winston Churchill. To date there have been 102 Laureates.
Posted by Kathryn at 17:01