How to Book Good Naked... 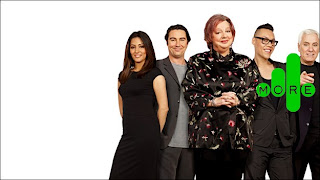 Channel 4 is relaunching 'The TV Book Club', with the first episode due to air tomorrow. The programme was first seen as part of Richard and Judy's daytime show, yet now boasts its own broadcast slot and a ten-part series. Its presenters, or at least two of them, are equally high profile. Comic Jo Brand and fashion guru Gok Wan, as well as Dave Spikey, Laila Ross and Nathaniel Parker spend each week reviewing a new title, from authors such as Sarah Waters and Nick Hornby. Each episode also features a celebrity interview and a look back at previous Book Club members who have now created their own literary success; Kate Mosse and Cecelia Ahearn to name but two. 'The TV Book Club' airs on More4, on Sunday at 7:30 p.m., and is repeated on Monday on Channel 4 at 12:05 p.m. The latest episode can be seen here
Posted by Kathryn at 17:45