You and me could write a Bad Romance... 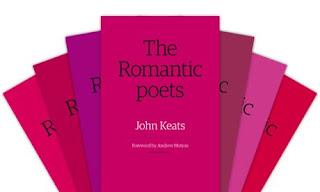 On a similar theme, the Guardian and Observer this week are launching a series about the Romantic poets. From tomorrow, each day the paper will include a booklet about an influential poet of the era, including Keats, Shelley, Byron, Coleridge and Wordsworth. The booklets will contain some of their finest works, excerpts of personal correspondance and a foreward from a well known admirer; names such as Margaret Drabble, Andrew Motion, and even Germain Greer appearing. In honour of the series, Andrew Motion has recorded a podcast which can be found here
Posted by Kathryn at 19:15