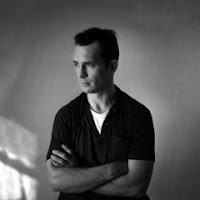 American novelist, and pioneer of the Beat Generation, Jack Kerouac was born in 1922. The son of French-Canadian parents, Kerouac did not learn English until the age of six, and later, he even started to write some of his best known works in his native French tongue. Yet Kerouac's skill as a young man, was in sport. His prowess on the football field led to him being offered scholarships for both Notre Dame and Columbia, the latter which he accepted. Yet after rows with his coach, and early injuries, Kerouac became disenchanted, and dropped out of university.

Then followed a similarly soured career as Kerouac joined the U.S. navy, only to be discharged a year later for a 'schizoid personality'.  Kerouac spent the next few years constantly writing, producing several poor-selling works. Suffering from bouts of depression and heavy drug and alcohol use, Kerouac travelled extensively across the U.S. and Mexico, and in 1957 had his first real breakthrough with, 'On The Road'. This bought him instant fame, yet it was a status that Kerouac did not feel comfortable with. He died in 1969, at the age of 47, as a result of his excessive drinking.
Posted by Kathryn at 11:51

Labels: Jack Kerouac, on this day