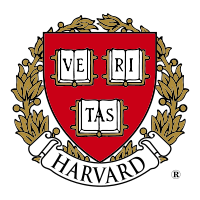 Harvard College is named after clergyman John Harvard in 1639. Located in Cambridge, Massachusetts, the college is Harvard University's oldest school, and is run by the Faculty of Arts and Science. As such, the institution boasts a number of famous literary alumni. William S. Burroughs, T.S. Eliot, E.E. Cummings, Norman Mailer, Erich Segal, Michael Crichton and John Updike all received their education at the esteemed college and, alongside several Presidents, have contributed much to its reputation.

Harvard is also famous for its well known publications. The 'Harvard Advocate' is the oldest continuously published college literary magazine, and the 'Harvard International Review', is one of the most widely-distributed undergraduate journals in the world with 35,000 readers in more than 70 countries.
Posted by Kathryn at 18:14