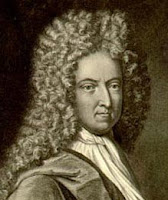 English writer Daniel Defoe died in 1731, at the approximate age of 72. Born as just Daniel Foe, by the age of 7 he had witnessed the Great Plague and the Great Fire of London, as well as a Dutch fleet trying to destroy Chatham by sailing up the Thames. A marriage, eight children and imprisonment later, Defoe wrote his first notable publication, 'An Essay upon Projects', in 1697. Thus followed a succesion of politically orientated pamphlets, ranging from support of the monarchy, the then under fire William III, release of prisioners, and extermination of the Church.

Yet Defoe is undoubtedly better known, in the modern age, for his novels, including his most famous work, 'Robinson Crusoe'. Many stories have since been cited as inspiring the work, varying from Scottish castaway Alexander Selkirk, to a shipwrecked surgeon and a marooned Central American man. Seen to be an allegory on several levels, including a reflection on an increasingly imperialist Europe, the book has engendered numerous other novels, most notably John Wyss's 'The Swiss Family Robinson'. Defoe's famous works include 'Captain Singleton' and 'Moll Flanders'. He is known to have used at least 198 separate pen names during his literary career.
Posted by Kathryn at 22:53

Labels: Daniel Defoe, on this day