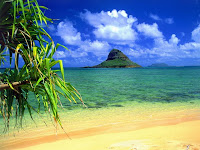 Scottish writer Robert Louis Stevenson, set sail from San Francisco in 1888. Charting the 'Casco' with his family on board, the boat 'plowed her path of snow across the empty deep, far from all track of commerce, far from any hand of help'. The voyage was partly undertaken to improve his failing health, a condition now thought to have been bronchiectasis or sarcoidosis, and indeed the sea air did appear to revive Stevenson, during the three years crossing the Eastern and central Pacific.

Much of this time was spent on island visits, including an extended stay on the Hawaiian Islands, where he befriended both the king, Kalakaua, and the king's niece Victoria Kaiulani, who, like Stevenson, was of Scottish heritage. Tahiti, New Zealand, and the Samoan Islands, the latter being the place of his death, were also part of his travels. This period of exploration coincided with a renewed number of works, including 'The Master of Ballantrae', 'The Bottle Imp', and a collection of essays and writings which formed 'In the South Seas'.
Posted by Kathryn at 16:44