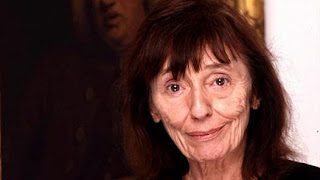 Liverpudlian writer Dame Beryl Bainbridge, has died today at the age of 75. Starting life as an actress, Bainbridge quickly progressed to writing - her debut novel, 'A Weekend with Claude', being published in 1967. Often concentrating on the darker themes of life, Bainbridge was also a established name within the field of historical fiction, contributing such titles as 'Young Adolf', 'Watson's Apology', and 'Master Georgie'. The latter novel won the James Tait Black Memorial Prize, and indeed many of her works gained such recognition, as she won the Whitbread Award twice, and was nominated five times for the Booker Prize. One of her most famous novels is possibly 'An Awfully Big Adventure', which was made into a film starring Hugh Grant and Alan Rickman. Fellow author Margaret Atwood, described Bainbridge as 'wondrous original'.
Posted by Kathryn at 19:38