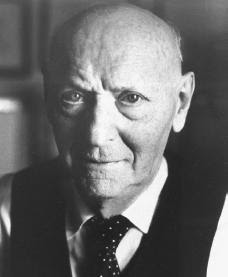 Polish-born American author Isaac Bashevis Singer, won the Nobel Prize for Literature in 1978. A Jewish writer, Singer wrote the majority of his works in Yiddish, even delivering the first part of his Nobel Prize speech in his favoured language.

Singer had suffered tragedy during the war, losing both his mother and brother to the Nazis; an experience which was expressed clearly in his writings, as the Swedish Academy recognised him for 'his impassioned narrative art which, with roots in a Polish-Jewish cultural tradition, brings universal human conditions to life'. His best known works include, 'The Family Moskat', 'The Manor' and 'The Estate'.
Posted by Kathryn at 19:58