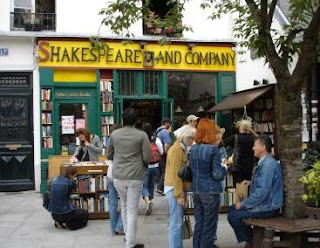 American expatriate Sylvia Beach opened her bookshop-library Shakespeare & Co. in 1919. Located in Paris, the store soon became known for being one the centres for Anglo-American literary culture, and indeed not only were the great books of the age located within its walls, but the writers themselves often could be found there. James Joyce, Ernest Hemingway, Ezra Pound and F. Scott Fitzgerald often visited, and Hemingway actually made a reference to SHakespeare & Co. in his novel 'The Moveable Feast'.

Beach also became renowned for stocking controversial works. Titles such as 'Lady Chatterley's Lover' and 'Ulysses', banned in many countries across the world, could always be bought or borrowed for Beach's store. Although Paris was reduced to only 25,000 citizens, Beach kept the store going through the early years of World War One, until it was shut in 1941, supposedly because to refused to give a German officer her last copy of 'Finnegan's Wake'. Today it exists as 'Le Mistral', with the ethos of being 'a socialist utopia masquerading as a bookstore'.
Posted by Kathryn at 09:57