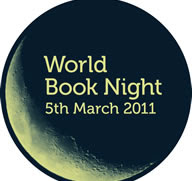 As surely as night follows day, so World Book Night will try to emulate the success of World Book Day. The latter is already an established part of the literary calender, as each year tokens are given to school children to redeem on over 600,000 specially-published titles. Yet the new initiative will instead be aimed at adults, with the aim of providing them with 'an accessible work of enduring quality'.

20,000 people will be able to sign up to be a 'giver', and they will be able to chose a title to give away from list, including writers such as Carol Ann Duffy, John le Carre and Margaret Atwood. The 'givers' will be able to donate 48 copies of their chosen title, meaning that almost 1 million books will be given away altogether. Atwood hailed the move, saying that she was 'amazed not only by its magnitude but by its simplicity. The love of writing, the love of reading – these are huge gifts. To be able to give someone else a book you treasure widens the gift circle'.