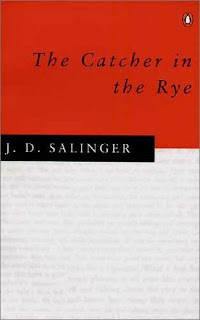 'The Catcher in the Rye' by J.D. Salinger has been a controversial book ever since its publication in 1951. It is loved and despised in equal measure, the protagonist Holden appearing endearing or frustrating, depending on your view. Still very popular today, it has recently been brought back into the news due to the release of a 'sequel': 'Coming Through the Rye'. It has been enough to bring Salinger, 90, out of his reclusive state to file a lawsuit. Due to this story, the BBC magazine wrote an article, outlining the main views on the novel and including comments from both sides. It can be read here
Posted by Kathryn at 16:39

Labels: Books, JD Salinger, The Catcher in the Rye