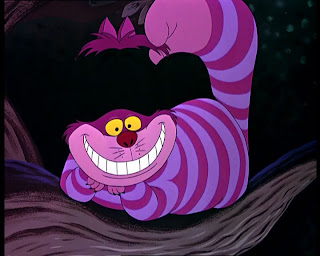 Oxford mathematician Charles Lutwidge Dodgson sent a handwritten manuscript of 'Alice's Adventures Under Ground' to Alice Liddell in 1864. Dodgson, better known by pseudonym Lewis Carroll, found inspiration for the work from a boat trip down the Isis river, during which he told a story to entertain three young sisters on board, one of whom was Alice Liddell. His idea proved so popular that Dodgson spent the next two years writing it out by hand; bound in morocco leather and illustrated by his own hand, he gave it to Alice as a Christmas present with the inscription, ‘A Christmas gift to a dear child, in memory of a summer’s day’. At this time Dodgson was already expanding the novel, adding in such episodes as the Cheshire Cat and Mad Hatter, to ready it for publication. Published in 1865, 'Alice's Adventures in Wonderland' was immediately popular, with Queen Victoria and Oscar Wilde said to be among its readers. The book has now been translated in over 125 languages and has a sequel, 'Through the Looking-Glass, and What Alice Found There'.
Posted by Kathryn at 18:09