Apology for the life of... 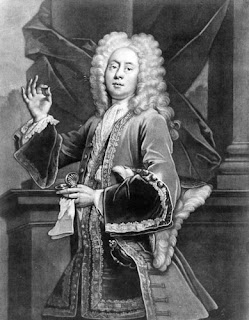 Today also marks the death of English poet Colley Cibber, in 1757, at the age of 86. A playwright by first profession, he spent much of his time adapting plays from various sources and getting highly criticied for doing do; critics calling it a 'miserable mutilaiton' of 'hapless Shakespeare'. He fared no better in acting himself, frequently getting ridiculed for his attempts. To complete the trend in his literary career, his poetry was equally bad, having no admirers in his own time and his appointment as Poet Laureate in 1730 thought to be purely political. Although he certainly made some impact, the title of his most famous work, his autobiography 'Apology for the Life of Colley Cibber' is arguably all that is needed when assessing the success of his career.
Posted by Kathryn at 18:29