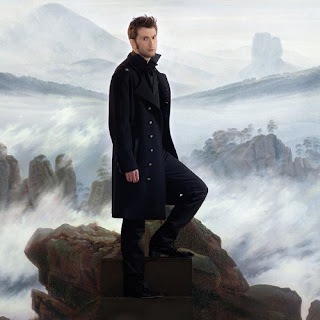 On a similarly Shakespearian theme, David Tennant has reprised his award winning role as Hamlet. The some time Time Lord combined with fellow actor Patrick Stewart to recreate the Royal Shakespeare Company's production, which proved a sellout success in London's West End. The three hour long drama was aired today on BBC2, and can be seen here. 'Hamlet' is Shakespeare's longest play, and is often one of the most popular to perform, given the numerous interpretations that can be applied to it. Other actors to have played the role include Jude Law and Sam Waterston, with John Simm taking it up later this year.
Posted by Kathryn at 21:32