Lost Symbol finds its place in the charts.. 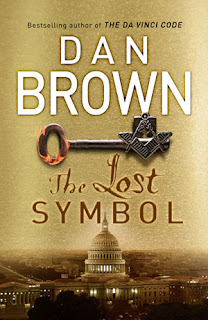 For the second time this decade, Dan Brown finds himself top of the book charts at Christmas. Following his 2004 success with 'The Da Vinci Coode', Brown's 'The Lost Symbol' just beat perennial bestseller 'The Guiness Book of World Records' into second place. Past years have seen celebrity autobiographies dominate the charts from names such as Dawn French and Russell Brand, but this year only two have even entered the top ten; Ant and Dec's and Frankie Boyle's memoirs coming in at ninth and tenth respectively. Instead, it is mainly fiction that compromises the chart; two of Stephanie Meyer's Twilight saga, as well as novels by Jodi Picoult and Stieg Larsson proving bestsellers. The chart also leaves room for the more traditional, and the latest installment of Delia's Christmas recipies makes it to number eight.
Posted by Kathryn at 18:47