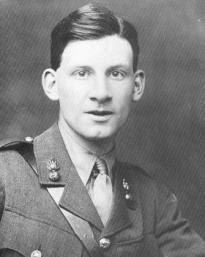 British writer and translator Robert Graves, died in 1985 at the age of 90. Much of his work was inspired by his experiences as a soldier in the First World World; notably his memoirs 'Goodbye to All That', and also ensured a firm friendship between himself and fellow war poet Siegfried Sassoon. Despite Graves' claim that he was predominently a poet, his most famous work, and one for which he won a James Tait Black Memorial Prize for, is a pair of novels; 'I, Claudius' and 'Claudius the God'. Both books were serialised on television, and included on the '100 Best English Language novels from 1923 to 2005' list in Time Magazine. Continuing with the Roman theme, Graves became a prominent translator of ancient works; his versions of 'The Twelve Caesars' and 'The Golden Ass', remaining popular today. In all, Graves wrote over 140 works over a period spanning 63 years.
Posted by Kathryn at 18:03