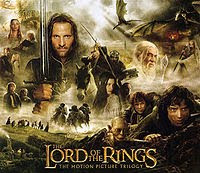 The world's first commercial film screening took place in 1895. The Grand Cafe in Paris played host to ten 50 second movies, each created by brothers Auguste and Louis Lumiere. Since then, the film industry has grown exponentially and can often be credited with contributing to or reigniting interest in literary works. Of the top ten highest grossing films worldwide, five belong to arguably the two most influential literary series of all time. The Harry Potter and Lord of the Rings films, earning 5.41 billion and 2.92 billion respectively, have opened up the world of books for many who did not enjoy reading previously; the releases coinciding with a huge upturn in sales for both sets of books. However, it is debatable as to whether adaptations of literary works are positive, many criticising that they can either overshadow the original work, or actually change it beyond recognition.
Posted by Kathryn at 18:27