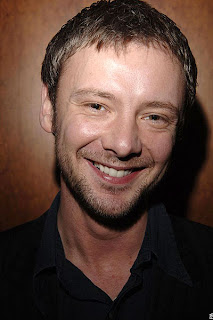 It has been announced that John Simm will become the newest actor to take on Shakespeare's Hamlet. Following the huge success of both David Tennant and Jude Law in the role, Simm will take to the stage in September 2010 at the Sheffield Crucible, which reopens in February after a £15.3 million redevelopment. Shakespeare's longest play, the Crucible's artisitc director says of 'Hamlet'; 'It is potentially a very scary role, but it has become one of those roles that every major actor leaps through. It can be a test of your mettle.' Simm, best known for his starring role in 'Life on Mars', as well as several 'Doctor Who' performances, is currently appearing in 'Speaking In Tongues' in London's West End.
Posted by Kathryn at 17:35