Collectible Spoons of the Third Reich... 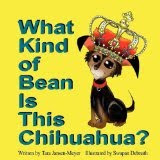 Old news it may be, but still worth a look. Last week, the shortlist for the 'Bookseller/Diagram Prize for Oddest Title of the Year' was announced. A hotly contested title, there have been two occasions, since the award's conception in 1978, that no prize has been given out as no title title was deemed odd enough. Voted for by the public since 2000, the prize last year, saw more votes than the 'Best of Booker Prize'. The current champion is 'The 2009-2014 World Outlook for 60-milligram Containers of Fromage Frais', but these are the contenders for this year.....


The winner will be announced on March 26th and will receive either a magnum of champagen or a bottle of claret.