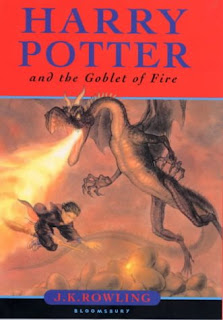 'Harry Potter' publishers Bloomsbury could face legal action over claims that J.K. Rowling stole her ideas for the best-selling series. Earlier this week, the estate of Adrian Jacobs, extended its claim, originally filed against Bloomsbury, to include the author herself. A spokesperson for the estate said, 'we believe that she personally plagiarised the Willy the Wizard book...all of Willy the Wizard is in "The Goblet of Fire"...we now have a case which is not just against Bloomsbury.'

Claims surround an episode in the Rowling novel, in which Harry is required to solve a task as part of a contest, which he achieves in a bathroom by the aid of clues. A similar episode is to be found in Jacob's 36-page work. Rowling challenged the suit, saying, 'I am saddened that yet another claim has been made that I have taken material from another source to write Harry. The fact is I had never heard of the author or the book before the first accusation by those connected to the author's estate in 2004; I have certainly never read the book'.
Posted by Kathryn at 21:25