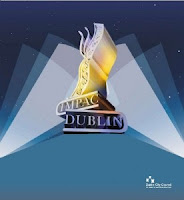 The shortlist for the most lucrative literary prize has been announced. Contenders for the €100,000, (£87,600), Impac Literary Award, are nominated by 163 libraries across the world, and books in any language are eligible. Three British writers are on the eight man shortlist, including author Zoe Heller, whose previous works include 'Notes on a Scandal'. Other nationalities represented are Germany, the Netherlands, France and America. The winner of the award, chosen by a five person panel, will be announced on June 17th.
Posted by Kathryn at 11:25