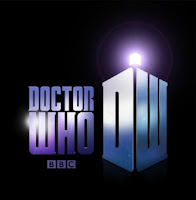 Terry Pratchett, creator of some of the most fantastical works of the last decade, has criticised Doctor Who for having 'ludicrous' storylines. Although his own Discworld series includes a flat world balanced on the back of four elephants, perched on the back of a giant turtle, Pratchett says that 'Doctor Who's science is pixel thin' and that he would prefer it not be classified as sci-fi work.

Indeed, he believes that the series 'breaks most of the laws of narrative', relying instead on 'makeitupasyougalongeum'. His most stringent criticism is left for the most recent incarnations of the Doctor, who he believes to have turned the role 'into an amalgam of Mother Teresa, Jesus Christ and Tinkerbell'. Despite this however, Pratchett remains a firm fan of the show.
Posted by Kathryn at 21:22