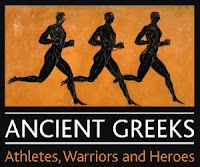 The city of Troy is sacked and burned in 1184 BC, according to calculations made by Greek poet and mathematician Eratosthenes. The accuracy of this guess is dubious, as is, of course, the existance of the Trojan War itself. Nevertheless, the legendary events have remained immortalised within one of the greatest epic poems ever composed - that of Homer's 'The Iliad'. Although much of the war happens strictly outside the 15, 700 lines of the text, Homer's prodigious skills allows the stories of the war's inception, tales of Helen, Paris, Agamemnon and Achilles to be seamlessly woven throughout the narrative.

The ten year war, therefore, is portrayed through just the final weeks, as Homer's climactic dactylic hexameter encompasses the deaths of Sarpedon, Patrocles and culminates with the funeral of Trojan prince Hector, whose body, dishonoured by Achilles was returned to his grieving father. The poem, in conjunction with partner 'The Odyssey', which charts the King of Ithaca's return from the war, has given rise to many other literary masterpieces. Greek dramatist Aeschylus follows Agamenon in his 'Oresteia', Shakespeare's 'Troilus and Cressida' uses much of the poem as source material, and translations by writers such as George Chapman and Alexander Pope have become famous in their own right. In short, it is a poem which transcends time, and remains as apt and enchanting today as it did almost 3,000 years ago.
Posted by Kathryn at 15:56

Labels: classics, Homer, on this day