The heir to Mantel's throne... 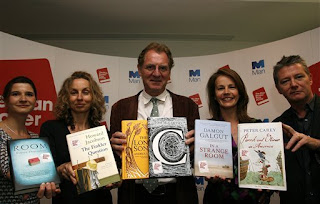 It's that time of year again, and the shortlist for this year's Man Booker Prize has been announced. Hoping to win the award for the third time, is Australian Peter Carey, who was compared by former Poet Laureate, and chair of the judging panel Andrew Motion, to Charles Dickens. Those aiming to follow in the footsteps of last year's winner Hilary Mantel, are:


Donoghue is the current favourite at 9-4, closely follwed by Carey at 5-2, with Jacobson the outside bet at 6-1.
Posted by Kathryn at 19:48