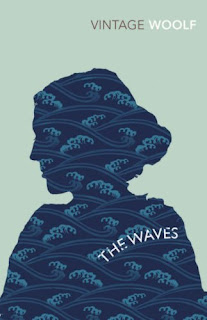 Virginia Woolf's 'The Waves' was published in 1931. Considered the last of her major works, it is Woolf's most experimental novel, asserted by her nephew to be 'the culminating point in her career as an artist'. As with Woolf's other writings, 'The Waves' pursues a detailed examination of character, as the six voices weave a narrative through soliloquies, interrupted by occasional third-person interludes. As the novel follows the characters from childhood through to adulthood, many have seen glimpses of Woolf's friends and family, including her brother, Lytton Strachey, E.M. Forster, and T.S. Eliot.

Such was the brilliance of the work, that French novelist Marguerite Yourcenar, said, 'I do not believe I am committing an error, however, when I put Virginia Woolf among the four or five great virtuosos of the English language and among the rare contemporary novelists whose work stands some chance of lasting more than ten years'.
Posted by Kathryn at 12:54

Labels: on this day, virginia woolf