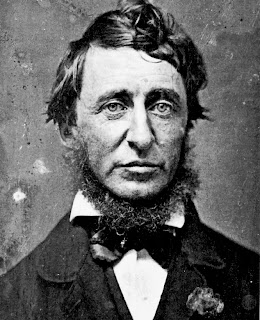 American writer Henry David Thoreau gets sent all the unsold copies of his first work, in 1853. Only 1000 copies of 'A Week on the Concord and Merrimack Rivers' had been published at the author's own expense, yet four years later, Thoreau was sent 760, over three-quarters, of the books back. Ostensibly a piece of travel writing, written in tribute to his late brother, the book was published with considerably more success in 1868, six years after Thoreau's death.
Posted by Kathryn at 13:33