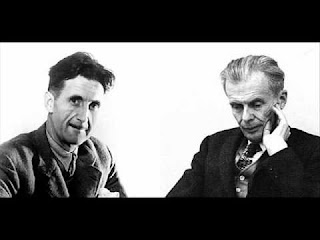 On this day...Aldous Huxley was hired as a schoolmaster at Eton in 1917. After deterioring eyesight had put pay to a career in medicine, the future author of 'Brave New World', returned to his alma mater to teach French. Yet it is one of his students that is arguably more noteworthy. Eric Blair, who would later use the pen name George Orwell, was impressed with his teacher's mastery of language despite Huxley being, by accounts, a poor educator.

This is only one of many relationships forged between authors throughout history. Famous pairings include: