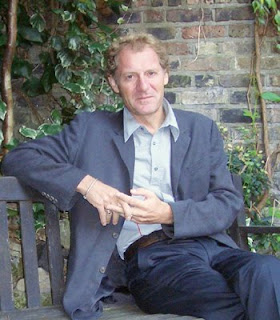 Former Poet Laureate Sir Andrew Motion, was born in 1952. At the age of 17, his mother was induced into a coma by a riding accident; a coma which continued for nine years before her death. Motion stated that he aimed to keep his mother's memory alive through poetry and most certainly her memory is well honoured. For Motion was appointed Poet Laureate in 1999, succeeding Ted Hughes upon his death. Previously a position held until death, Motion was the first to say that he would accept the post for only ten years; a post that offers a butt of canary wine and £5,000 annually. During his tennancy, he wrote 'Spring Wedding' in honour of Prince Charles and Camilla Parker-Bowles. His lasting legacy is achieved through the establishment of Poetry Archive, through which poets can be heard reading their own works.
Posted by Kathryn at 20:46