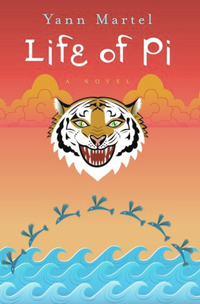 Pubilshers Canongate have announced the details of a new novel by author Yann Martel. Canandian-born Martel won the Man Booker Prize in 2002 for 'Life of Pi'; a novel which focused on issues of survival and spirituality and is one of the most successful Booker winners to date. His new novel, 'Beatrice and Virgil', will centre around the Holocaust, asking 'profound and philosophical questions about the nature of love and evil'. The title characters' names derive from Dante's 'The Divine Comedy', Virgil being the guide through hell, and Beatrice heaven. The novel is due to be released in June 2010.
Posted by Kathryn at 17:00