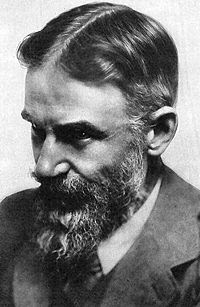 Irish playwright, George Bernard Shaw died in 1950 at the age of 94. As a member of the Fabian society, Shaw was a committed socialist, and many of the ideology's concepts have found their way into Shaw's work; prominent themes including class division, religion, government and feminism. Arguably his most famous work is 'Pygmalion', which was adapted by Shaw for the screen in a 1938 movie. The success of this film won Shaw an Oscar for best screenplay and three further nominations, and to this date he is the only person to have been awarded both an Oscar and the Nobel Prize for Literature - the latter in 1925. 'Pygmalion' has since been adapted in a broadway musical, and later a film, called 'My Fair Lady'. An equally impressive part of Shaw's great legacy is the founding of the London School of Economics, which he undertook with three fellow Fabians in 1895.
Posted by Kathryn at 14:34