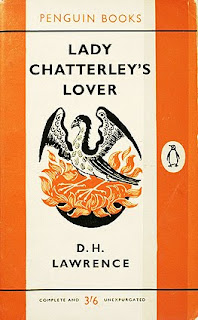 This day also boasts the conclusion of one of most infamous scandals in literature; an obscenity case over 'Lady Chatterley's Lover' in 1960, ending in the acquittal of Penguin Books. Written by D.H. Lawrence, 'Lady Chatterley's Lover', was first published in Florence in 1928, amid huge controversy. Society's uproar was due to Lawrence's depiction of explicit sex scenes, love across class divisions and his use of previously banned language. Therefore, an edition of the novel was only published in England in 1932, yet it was one which was strongly censored. The legal case in 1960, prosecuted under the 1959 Obscenity Act, was the result of the first uncensored publication of the novel, whose modernity was still ahead of society, even thirty two years after its writing. The next edition of the novel, in 1961, therefore contains a dedication, to 'the twelve jurors, three women and nine men, who returned a verdict of "not guilty" and thus made D.H. Lawrence's last noovel available for the first time to the public in the United Kingdom.'
Posted by Kathryn at 18:04