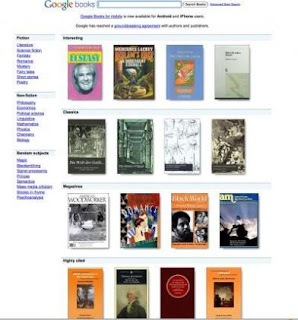 A US judge has announced the date for the settlement in a major literary legal dispute today. February 18th next year, will see the culmination of the Authors Guild action against Google books in 2005 for a breach of copyright. By scanning texts from the United States and Britain, Google had been creating a digital archive of books, which it hoped to sell on its website; yet the previews for such items included small section of text available for free. The system was admonished by the president of the Authors Guild who stated, 'Authors, not Google, have the exclusive rights to...authorise such reproduction, distribution and display of their works.' But Google fought back, claiming their new project, 'directly benefits authors and publishers by increasing awareness and sales of the books.' A settlement had been agreed last year, with Google agreeing to pay $125 million, to create an independent 'Books Rights Registry' with a proportion of revenue going straight to the author; yet a revised settlement has now been called for, and the case should be resolved next year.