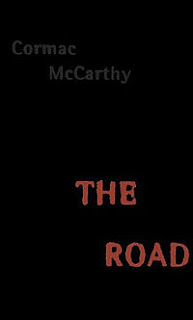 The Times, has published a list of the '100 Greatest Books of the Decade'. Including works from all genres, Carol Ann Duffy, Simon Armitage and Seamus Heaney are the ambassadors for poetry, with 'Rapture', 'Sir Gawain and the Green Knight' and 'District and Circle' respectively. Non- fiction works also feature; Obama's autobiography leads the list at number 2, and Dawkins, Bryson and grammatical work 'Eats, Shoots and Leaves' occupy a place in the top 100. Naturally the list is dominated by fiction novels, with household names, such as Ian McEwan and J.K. Rowling, as well as Man Booker Prize winners Yann Martel and Aravind Adiga. Cormac McCarthy's 'The Road', was voted as the greatest book of the decade. Running in conjunction, was the '5 Worst Books of the Decade'; a list including 'Being Jordan' by Katie Price. Author Dan Brown has the unusual accolade of being cited on both lists; perhaps testament to the success of his novels in both polarising opinion and raising publicity.
Posted by Kathryn at 08:44