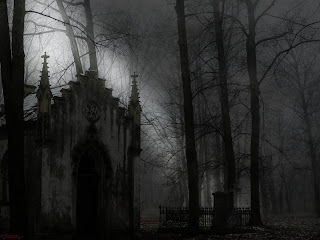 The gothic genre, is one which has had both popularity and longevity, and boasts many of today's best known novels. A combination of horror and romance, it is thought to have been started by Horace Walpole's 'The Castle of Otranto' in 1764 and has grown prolifically since, with key eras of notable contribution. Coleridge's 'Christabel' and 'The Rime of the Ancient Mariner' as well as Shelley's 'Frankenstein' are all examples of gothic literature from the Romantic period; yet arguably, it was the Victorian era which proved the most productive for the genre. Titles such as Stevenson's 'Dr. Jekyll and Mr. Hyde', Wilde's 'The Picture if Dorian Gray', and Stoker's 'Dracula' all found their conception in Victorian society; America having its own star in Edgar Allan Poe. Despite it huge popularity, gothic fiction has also produced numerous satires, the famous of which is Austen's 'Northanger Abbey'. A quiz on the gothic genre can be found here
Posted by Kathryn at 17:26