From concubines to communism... 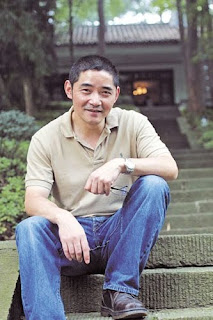 Today saw the winner of the Man Asian Literary Prize announced. The prize, awarded to an Asian novel not yet published in English, was set up in 2007, and offers a monetary incentive of £10,000. Su Tong, who has been commended for his novel, 'The Boat Redemption', has stated that he is usually 'more famous for not winning prizes', but judges declared his book to have 'immense charm'. Based around the story of a disgraced Communist party official, it had the potential for controversy, yet was instead cited as 'a political fable with an edge which is both comic and tragic'. Previously to this, Su's most famous work was 'Wives and Concubines', a novel which inspired the 1991 film 'Raise the Red Lantern'.
Posted by Kathryn at 18:21