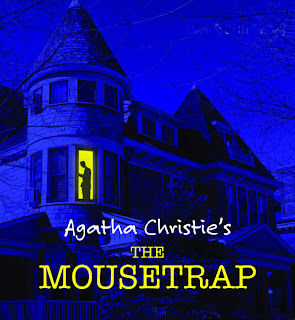 Agatha Christie's 'The Mousetrap' premiered in 1952 at London's Ambassadors Theatre. Originally written for Queen Mary, wife of the late King George V, 'Three Blind Mice' appeared in 1947 as a 30 minute radio play. Four years later, the re-titled 'The Mousetrap' made its stage debut, in an era including Churchill, Stalin and Eisenhower among the world leaders. From the initial 453 strong crowd, the play has gone on to become the longest continuously running play in history; more than 10 million people have attended over 20,000 performances in London's West End. The show also boasts an impressive number of actors and actresses; over 300, including Richard Attenborough and wife, Sheila Sim. Christie's view of her play's popularity was that, 'It is not really frightening. It is not really horrible. It is not really a farce, but it has a little bit of all these things, and perhaps that satisfies a lot of different people.' The play is now performed at St. Martin's Theatre.
Posted by Kathryn at 19:15