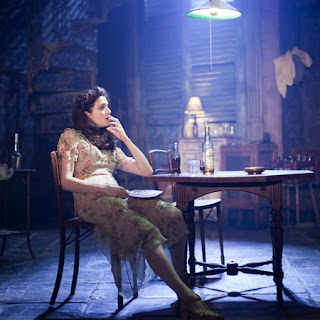 Nominations for Whatsonstage.com Theatre Awards have been announced. Lenny Henry, who won a London Evening Standard Theatre Award last month for his performance as Othello, has been nominated for best newcomer, along with previous X Factor finalist Diana Vickers, who plays the lead in 'The Rise and Fall of Little Voice'. Fellow Standard winner Rachel Weisz is nominated for best actress, due to her role in 'A Streetcar Named Desire'; a category also including famous film actress Helen Mirren, nominated for 'Phedre'. Other notable nominations include, Jude Law for best actor, following his success in Hamlet and former Spice Girl Melanie C for best takeover role in 'Blood Brothers'. The winners will be announced on February 14th.
Posted by Kathryn at 17:16