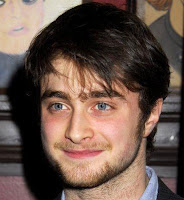 Daniel Radcliffe is set to make his Broadway musical debut in a 2011 revival of 'How to Succeed in Business Without Really Trying'. First seen on Broadway in 1961, the show had a second revival in 1995 starring Matthew Broderick, but has since remained untouched. Yet despite the scarcity of its performances, the play was highly successful. Indeed it is only one of six musicals to win the Pulitzer Prize for Drama, which it did in 1962. It will be only the second New York stage role for the Harry Potter actor, having starred in 'Equus' in 2008. Radcliffe, who is currently filming the final instalment of 'Harry Potter and the Deathly Hallows', will begin his role in spring.
Posted by Kathryn at 13:18